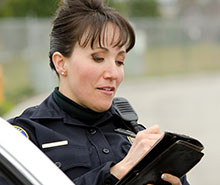 What are police reports? A police report is an official document that records a police officers observations and certain facts, (who, what, when, where) of a given incident. The incident could be a crime, an auto accident, or a suspicious activity that could later turn out to have been criminal in nature. When a police office submits a incident report he is legally swearing to it’s accuracy when signing it.

Depending on the type of incident and the amount of people, property, or activities involved police reports could potentially be one page in length or up to several pages.

Typical police reports contain records of information that will if needed be used in future legal disputes to ascertain legal actions such as incarceration, legal fault, and or damages. Not all elements of police reports are considered factual, and can be disputed by a knowledgeable attorney. Always consult a certified attorney before challenging a police report.

Can  You Dispute the Information in a Police Report?

The short answer is definitely yes!

When it comes to police reports, there are items included that may be speculative on the officers part. Such things include indicating fault. Keep in mind, that anything that a police officer includes in a report concerning fault is their opinion only. Only a dedicated experienced attorney will do the research necessary to accurately determine who’s at fault.

* TAKE NOTE! Accident Reports are not public records. As such, only an involved party, involved insurance adjuster, or attorney involved in the case may order it.

Don’t be naive, if you’ve been an auto accident you need to get a Louisville police report. Several parties could potentially need it to assist you with getting your vehicle repaired. Filing a personal injury suit. Or recovering adequate compensation for the damages to your vehicle.

Find Us on Social Media